An Introduction To The Watch Movement Types (Newbie’s Guide) 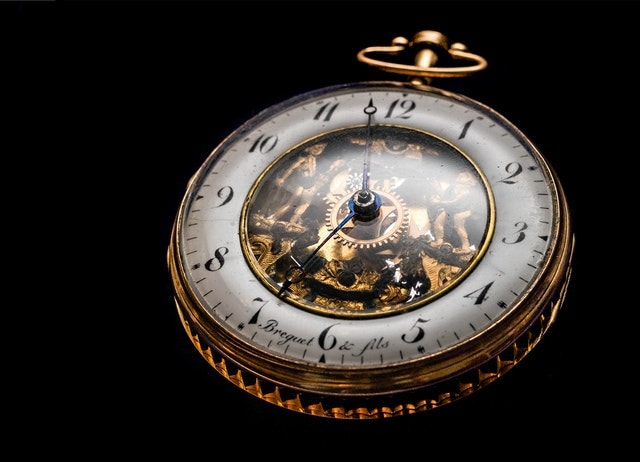 Like any good watch collector, my collection of watches are diverse. Something that they have in common is that they house one of three watch movement types. Two of them use springs to tell the time, while the other uses a battery.

Learning about the movements can be intimidating for a newbie. My article looks to fix that. For some added excitement, I dived into which of the three is the best. Let’s get started.

What Are the Types of Movements?

Mechanical watches have been around for hundreds of years. If you look at the history of watches, this is clear.

Mechanical timepieces tend to be the most expensive. A lot of skill is needed to design them. The time on the devices is told by mainsprings that need to be wound. Depending on the timepiece you picked up, how often you’d have to wind its spring would differ.

Once wound, the springs transfer energy to the gears, which move the watch hands.

You might have heard of watch jewels before. They’re pieces of glass that are inserted into the gears. They prevent friction from wreaking havoc on the watch. Without them, the time would not be accurate.

If you’re a collector, you’d know that mechanical watches are the best-looking. Manufacturers love to place cut-outs on their displays and rears, letting you peek at their intricate insides in motion.

Here are the benefits of owning a unit with the above movement:

Similar to their counterparts above, automatic watches have gears and mainsprings. You’re not wrong to think they are similar. But they differ in other ways as well. To understand why this is, you need to understand physics.

Kinetic energy is produced by objects in motion. Your arm produces kinetic energy whenever you move it. Timepieces with automatic movements make use of the kinetic energy, utilizing it to move the rotors inside them.

The rotors send energy to the mainspring, which moves the watch's hands.

The gears in automatic pieces have to deal with friction. That’s why they have jewels between them.

You may be wondering how the devices work when off your wrist. After all, there is no kinetic energy powering their gears. Good question. Power reserves exist. They control the time limit the gears stay in motion when the watches are not worn. For most of them, this would be 40 hours.

The devices also have winders like mechanical watches. When turned, they provide kinetic energy. They’ll have to be wound once the power reserve limit has passed.

Here are the advantages of picking a unit with the movement up:

Quartz watches were created in 1969 by Seiko, the legendary Japanese watch manufacturer. The movement uses batteries to tell the time.

Timepieces with the movement are the most affordable. They don’t have that many parts, and the parts that they need don’t require a lot of precision or skill to place.

A battery sends electrical signals to a piece of quartz. The crystal vibrates, and the frequency of the vibrations is measured by a circuit. It transforms the vibrations into pulses that power the device’s motor, which moves the watch's hands.

The moment battery-powered watches hit the scene, mechanical and automatic watches started to decline in popularity. This was called the Quartz crisis. The units were selling more as they were super affordable. As you can imagine, they were more affordable to produce too.

Some quartz watches are solar powered. Citizen is known to produce some of the best around. The company’s Eco-drive line consists of units that can last up to 6 months once fully charged. The cherry on top is the fact that all light sources charge them.

Enjoyed what you read about both Automatic and quartz movements? You’ll love to know that the watch industry decided to marry the two. Kinetic watches are called automatic-quartz.

They make use of the kinetic energy you produce. The energy moves pendulums that move pinions. The pinions rotate at 100,000 rpm. The sheer speed causes electrical generators to produce currents that charge capacitors.

The capacitors power quartz crystals, resulting in the time told as it would be on a quartz watch. The amount of time your device’s capacitor is in place would depend on the model you own. Most of the time, this would be between 2 weeks and 6 months.

Like quartz watches, Seiko produced the first Kinetic one. It was launched at the end of the 1980s. Unfortunately, the movement isn’t as famous as its counterpart.

Having discussed the advantages of mechanical and automatic movements, it’s only right that we talk about the benefits of quartz. There are more than the other two combined.

The Swiss vs Japanese Debate

When it comes to the three movements, they’ll either be Japanese or Swiss mechanisms.

Mechanical and automatic Swiss movements are made by hand. This means that there is more attention to detail, resulting in buttery movements.

Their Japanese counterparts are made with more automated processes, which is why they’re more affordable.

The same is true of Swiss and Japanese quartz.

Although Japanese and Swiss mechanisms are the major types, there are Chinese ones as well. They are made using extremely automated processes. Not much attention to detail is paid to the final products, resulting in Chinese mechanisms not being the most reliable or accurate.

There are watch manufacturers all over the world. You might be confused, wondering what brands countries apart from Japan and Switzerland use.  Well, they make use of either Japanese or Swiss mechanisms. European brands tend to go the Swiss route. This is true for more expensive American ones as well.

Here are leading brands that use the two movements:

Mechanical movements are the best. They have been around for a long time, so they’re reliable. Due to their history, and the fact that they employ a lot of skill and craftsmanship to make watches that house these movements are favored by watch snobs. Being a collector, the pedigree of a timepiece is very important to me.

Mechanical Swiss units are considered the most prestigious. You’d turn any watch collector’s head with such a timepiece on your wrist.

Gear-powered watches are great to look at. The majority of them have exposed backs and fronts, so you’ll be seeing their insides in motion.

They’re generally pricier than quartz units, but don’t cost an arm and a leg. Just take a look at the Invicta Russian Diver (1088).

There are three types of watch movements. They are mechanical, automatic, and quartz. The first two make use of gears to move the watch hands. The power in automatic watches comes from the kinetic energy your arm produces.

Quartz pieces have batteries that cause quartz crystals to vibrate. The vibrations are converted to pulses, which are used to power the watch hands.

Of the three, quartz timepieces are the most affordable. However, mechanical units have been around the longest, and are favored by watch enthusiasts. Some of the world’s most expensive watches house the movement. Just take a look at the Rolex Submariner.

You can get them with either Swiss or Japanese movements. The former provides more quality.

Related Posts
Sapphire vs Mineral vs Acrylic Crystal vs Krysterna
Making A Splash: Watches Water Resistance Chart
Water Resistant vs Waterproof: The Ultimate Guide
Water Difference a Dive Watch Makes: Guide to ISO 6425
How to Choose a Watch - All the Dos and Don'ts
How To Set And Wind A Watch – A Beginner’s Guide
Buckles, Closures, & Watch Clasp Types – A Look At Them All
Why Do People Wear Watches Upside Down? Several Reasons, Actually
Do Watches Loosen Over Time? The Answer Might Shock You
Why Do Watches Have Jewels? No, You Can’t Sell Them
How to Wear A Watch? 8 Rules to Live By
Do Expensive Watches Tick?
A Moment in Time - History of Pocket Watches
Do Watches Get Scratched Easily? (What You Need To Know)
Do Watches Attract Sharks? Myth or Fact?
What Hand Does A Watch Go On? Answering An Age Old Question
The Ultimate Watch Gang Review - Let’s Unbox the Brand
Parts Of A Watch - Your Must-Have Guide
How To Set Time In A Digital Watch & More: A Newbie’s Guide
When Were Watches Invented? An Introduction To Watch History
Do Bulova Watches Have Real Diamonds? What Did We Uncover?
Your Watch Says More About Your Status Than You Think (So They Say)
Do Watches Need Energy to Work? A Look at Their Insides
How To Adjust Your Watch Band - An Easy Fix
Author
Thomas Vanderlaan
When Thomas Vanderlaan was a child, the moment he learned about mechanical watches he was hooked. His first love being mechanical watches, he decided to pursue a career in engineering as he was entranced by the science behind its gears. As the years passed, his passion grew. Although he worked a hectic career as an automobile engineer, he’d always collect watches during his spare time.
Affiliate links / Images from Amazon Product Advertising API. Wrist Watch Pro is a participant in the Amazon Services LLC Associates Program, an affiliate advertising program designed to provide a means for website owners to earn advertising fees by advertising and linking to amazon (.com, .co.uk, .ca etc) and any other website that may be affiliated with Amazon Service LLC Associates Program. As an Amazon Associate I earn from qualifying purchases.