Mathey Tissot Review – Should You Work With Them? 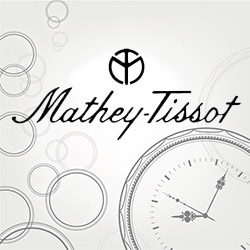 No, Mathey-Tissot isn’t related to Tissot. (Why not check our Tissot watch review out?) They produce watches more luxurious than their counterpart. They also have more history, which you know is important to watch collectors. In our Mathey-Tissot watch review, we reviewed some of their best units. We also took a good look at the brand.

Who Is Mathey Tissot?

The company has been around for a while. They were founded in 1889 in the Les Ponts de Martel village. At first, the timepieces they sold were ‘repeaters’. What gave Mathey-Tissot recognition was their chronograph units. The amount of craftsmanship put into them was admirable.

In 1899, the Boer war took place. The war saw the rise of Mathey-Tissot, as they created watches for the English army. A nobleman even commissioned the company to produce gold repeaters specifically for the officers in his son’s regiment.

World War I boosted the demand for the manufacturer’s pieces once more. They were commissioned by the United States Army Corps of Engineers for quality chronographs. Finer Mathey-Tissots were also used as rewards. General John J. Pershing awarded the best members of his staff with them.

The manufacturer produces super good-looking modern pieces that are full of history. They are the epitome of Swiss craftmanship. However, they aren’t overly costly either.

Unfortunately, none of the founder’s family works in the company anymore.

Before diving into our review, give the following table a read. We summarized some of our entries’ specs.

The timepiece is a vision in black. It looks chic. You’re getting orange markers on its dial. They’re sharp, catching your eye from across the room. They aren’t placed just to make it good-looking – the H900ATLN is fit for the seas.

The watch industry found that orange displays are the easiest to read underwater. That’s why manufacturers have started to include them in heavily water-resistant pieces. You may be wondering what its resistance rating is like. Well, it can handle depths of 330 feet (100 meters). You’ll be able to snorkel and swim with it, don’t think about diving.

The orange on its markers is luminous. Mathey-Tissot placed quality Swiss pigment on them. They are on its hands too.

If you didn’t know, the H900ATLN is paying homage to the Rolex Submariner. This can be told from its hands, markers, and shape of the case. This is a good thing as the Submariner costs an arm and a leg.

There’s a crown protector on it. We’re fans of watches with the feature, as your wet-suit won’t latch on to their crown.

Its strap would feel like a dream on your wrists. It’s made from genuine Italian leather.  It’s not the thickest, which is good. Thick leather bands collect a lot of sweat.

How big are your arms? Its case is on the smaller side. It stretches 1.57 inches (40 mm) across. If you have larger wrists, it’ll still fit you. However, it would look rather awkward.

Speaking of its case, it’s made from surgical grade stainless steel. This makes it scratch resistant and very water-proof.

We’re fond of watches with calendars on their dials. You’re getting a date feature at the 3 o'clock angle. Its position makes it easy to read. It’s also bolded well.

Its display is not the toughest, but it’s certainly not weak. It’s regular mineral coated with sapphire.

Of course, we have to talk about its movement. The unit is a Swiss automatic. The model is called the Sellita Caliber SW 200-1. It comes with 26 jewels between its gears, along with a 38-hour power reserve.

The jewels aren’t real – they’re synthetic. They are placed between gears, keeping friction at bay. There are usually 17 in watches, so 26 being present is good.

Before we move onto our next timepiece, know that you can turn its bezel. It’ll tick as it turns, letting you time yourself underwater. You’ll be able to get out of the pool before your oxygen supply runs out.

We love the gradient on its display. You don’t usually see watches with gradients on their fronts, so this makes it more interesting. Blue straps are also not common. The material its strap is made from is leather. It’s the genuine Italian type, so it feels like a million bucks.

Its blue variant is our favourite. However, the device also comes in other colour choices. The red option is quite dashing.

If you’re looking for a luminous piece, the H42CHABU is not for you. Lume is lathered thinly on its hands and markers. In terms of the pigment used, it is the Swiss type.

The timepiece has a water resistance rating that lets you swim with it. It can handle 165 feet (50 meters) underwater. As it doesn’t come with serious water resistance, it’s no surprise that a crown protector and rotating bezel aren’t in place.

You might be wondering what the pushers on its sides are for. They work its chronographs. What exactly are chronographs? You can think of them like stop clocks. As mentioned, Mathey-Tissot was known for them. That’s why the devices are super accurate. They even read the milliseconds.

The pushers to work them are tactile. Playing with them is a great way to pass the time.

Not only are there chronographs, but there is a date feature too. It’s hard to miss – it’s large and in the 6 o'clock position. What’s neat about it is that it tells the current date as well as what it was the day before.

What’s the glass on its window? You’re met with sapphire crystal. Good luck trying to scratch it, it’s the toughest watch lens around. Its display comes with some anti-reflective coating too.

Unlike the entry in our number 1 spot, you’re not looking at an automatic piece. It hosts a Swiss quartz movement. We’re told what the mechanism inside of it is. It is the Ronda Chrono 5021. We’re fond of it as it moves like butter. It’s known to be super accurate too.

It comes with a beautiful gradient.

We’re fans of two-tone watches. When done well, they look more expensive than they are. The company nailed it out of the park with the D810BN. Its two-tones are gold and silver plated. The timepiece looks like it has solid metals in-place.

Underneath the plating is surgical grade stainless steel. As you know, it’s super scratch resistant and waterproof.

Something that helps it look rich is its hour markers. They are in the form of jewels, having gold borders. No, they’re not real. They’re synthetic. In the right lighting, they shine like diamonds.

The unit is small. Women’s pieces are usually smaller than ones for men. Its case stretches 1.02 inches (26 mm) across. For a women’s watch, it’s actually on the smaller side.

There is a calendar on it. It’s at the 3 o'clock angle, so you won’t be straining your neck reading it. Mathey-Tissot added a magnification lens over the date-feature.

There is luminous pigment on it. No, it’s not on its markers. You’re getting the lume just on its hands. It is Swiss, so it packs a punch.

What about its window? It’s sadly nothing special. Regular mineral glass is by your side. If it’s any consolation, the manufacturer says that it’s extra scratch-resistant.

The D810BN is water-resistant. You’re getting a 165 feet (50 metre) resistance rating. Don’t forget that this means it’s capable of swimming only.

The movement inside of it is quartz. It is Swiss and is the Ronda 585. We’re fans of it as it’s buttery.

Take a look at its crown. It’s small, so you might think that it’s not easy to grip. This is not the case. The immense texturing and grooving on it makes it a breeze to work.

Before we move onto our final entry, know that its bezel doesn’t just make it look good, but the thick grooving it has lets it handle beatings better.

There’s a quality leather strap on it. It feels like a dream on your wrists – it’s genuine Italian leather. The timepiece doesn’t have the largest strap. Units for women not only come with smaller cases, but their bands are smaller too.

Its case is high-quality stainless steel. The steel’s also attached to the edge of its band. It’s plated with gold. Just like the entry above, Mathey-Tissot did a good job with the plating. It looks like solid metal.

We love the design on its face. Its rose gold markers and the effect on its dial go well together. You don’t have to look close to notice luminous pigment on its markers. The manufacturer packed it in-place. You’re getting lume on its hands too. You’ll easily be able to tell the time in dark settings.

You’ll be happy to know that its window is tough. It’s made from sapphire crystal. There’s also an anti-reflective layer, so you’re being spoiled.

There’s a date-feature on its dial. That being said, we don’t think it’s the easiest to read. The font the days show up in wasn’t a good choice. They aren’t bolded well either. And as its face is on the smaller side, the company should’ve added a magnified lens over it.

It is water-resistant. The D410PLI is like most of the units we reviewed, coming with a resistance rating of 165 feet (50 meters).

It’s just like the other entries. You’re met with a Swiss quartz movement. The mechanism available is the RONDA 585. It’s seen multiple times in our review. We’re not mad about this, though. It’s super smooth.

We aren’t the biggest fans of its crown – just look at it. The Mathey-Tissot quartz watch has a small one that’s shaped awkwardly.

The plating on its leather band.

Having run through the manufacturer’s best pieces, give the following section a look. We answered some burning questions you might have about the company.

Where Are Mathey-Tissot Watches Made?

The company has its headquarters in Geneva, Switzerland. All of their devices boast a ‘Swiss Made’ logo. That’s because they’re all designed at their HQ and made in the country.

When purchasing from them, you’ll get a 2-year warranty. It’ll be applied from the date of purchase. You can get refunds too. But they’ll only offer it if the watch purchased was over 500 CHF.

At the end of the day, watch collectors are snobs. They look for brands that offer horology and heritage. The company is exactly that. They made watches that were worn during the Boer War as well as World War 1 and 2.

Everything is Swiss-made, which means the Mathey-Tissot quality is very high. Don’t forget that there are many collections to choose from. They’re all sensibly priced.

They’re a Swiss brand that has a lot of history. When it comes to watch collecting, you should work with such names. Not only do they have heritage, but they promise quality too. Their timepieces have a lot of detail. The fact that they’re good-looking is the cherry on top.

In terms of the watches we reviewed, it’s clear why the Vintage H900ATLN deserved our number 1 spot. It looked great and came with the most features for its price. All the entries we spoke about make great purchases of course.