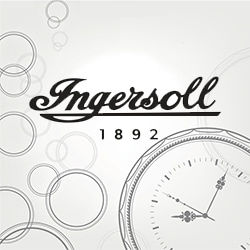 Not many people are aware of the company. They’ve been around for a while, though. They’ve got quite the history too, going bankrupt and rising back up. In our Ingersoll watch review, we took a good look at who they are and their best pieces. What more could you want?

As mentioned, they’ve been around for a while. They came into being in 1882, in New York City. But they did not start as a watch company. They started off selling low-cost products, like stamps.

Ingersoll was founded by two brothers, Robert and Charles. They looked to the market and realized that there weren’t good inexpensive timepieces. They wanted to change that by working with the Waterbury Clock company.

In 1892, they took the leap. They ordered 10,000 watches from them. They were super affordable, being known as “Universals”.  Their demand grew rapidly. They decided to launch another watch, the Columbus. It was a more petite version of its elder brother.

Soon, the Yankee was released. During its release, it was the cheapest watch around. It is what brought the Ingersoll watch company fame. It was sold for an impressive $1. The device was affordable as the company managed to make it without jewels or stamped parts.

All good things must come to an end. Unfortunately, they went bankrupt due to the recession after the first world war. The Waterbury Clock Company brought them back to life, however. They were bought for over $1 million.

The once American manufacturer became British. Waterbury sold the London arm of Ingersoll to a board of directors.

Nowadays, they’re owned by Zeon watches; a subsidiary of the Chinese corporation, the Herald group.

Before you read ahead, give the following table a read. We ran through our best entries’ specs.

Disclosure: As an Amazon Associate wristwatchpro.com earns from qualifying purchases.

One of the reasons its case is so big is its pushers. They weren’t placed just to spice things up. They work its chronographs. The two sub-dials read the seconds and milliseconds passed.

To the right, you’ll see another sub-dial. It tells you the day of the week.

Considering the timepiece is so affordable, the two are very handy.

Reading the time on it is easy. There are large Arabic numerals. As its face is so big, you’ll spot them from across the room. Unfortunately, there’s no lume to them. There is pigment on its hands, though. Don’t expect anything LumiBrite worthy of course.

The I03002 is water-resistant. It can handle 330 feet (100 meters) underwater. What can you do with such resistance? Snorkel at most.

You might not want to get it wet, though. Take a look at its strap. It’s made from faux leather. The material soaks like a sponge.

You’re getting regular mineral on its front. The crystal is not the toughest; don’t get too rough with it.

It is quartz.  The thing is, we don’t know the name of its specific mechanism. This leaves us with no idea how accurate it is.

If we didn’t mention it earlier, there’s stainless steel on its case. It’s polished, and picks up light nicely. It’s good quality too. This means it won’t scratch easily.

Want to turn the most heads? Pick the I07701 up. You don’t need to look hard to see why; there’s an exposed front with all of its gears present.

Its case stretches 1.65 inches (42 mm) across.  We think the size is not too big or small. If it was bigger, you’d have a larger canvas to enjoy its skeleton face.

If it’s any consolation, its rear is exposed as well.

You won’t see a skeleton design on a quartz piece. They don’t come with gears. Yes, this means that the I07701 is automatic. However, we aren’t told much about its movement. We especially have no idea how many jewels it has.

Before you get excited, the jewels we’re talking about are not real. They’re pieces of glass placed in watches. They keep friction at bay.

The strap on it is faux leather. It’s jet-black so it looks rich. It feels good too. Unlike the entry above, there’s no stitching. We would’ve loved it if there was, it would look more premium.

As its face is full of gears, reading the time might be hard. You’ll be telling it with the Arabic numerals on its sides. There’s no seconds’ hand. You might think that the sub-dial on its left reads it. Instead, it tells you the time in another time zone.

The glass on its display is mineral. Try to not be too rough with it.

It can handle 330 feet (100 meters) underwater. If you remember, you can’t dive with such a rating. Snorkeling will be the most you’ll be able to do. Due to its strap, getting it wet won’t be very fun.

The Scovill looks retro. It looks like a dive watch from the 90s. Although it looks the part, you can’t dive with it. It’s not IOS 6425 certified. Its water resistance rating is 330 feet (100 meters). The most you’ll be able to do is snorkel.

Just like the rest, getting it wet won’t be fun. There is faux leather on its strap. That being said, its band comes with stitching. It looks rich.

Its bezel will catch your eye. There’s toothing all over it. They’re placed to help you grip it better. Why? Because it rotates. It ticks as it turns, telling you when to get out of the water.

There are no Arabic numerals in-place. You’re met with thick rhomboid markers. They’re tinted a shade of green. They don’t just look eye-catching, but they’re green for a reason. There is luminous pigment packed in them. The lume is also on its hands. It helps you read the time in dim settings. However, it’s not the most vibrant.

It is automatic. We aren’t told the number of jewels it has. Its power reserve and ability to hack or not are public knowledge either. As it’s automatic, it has many gears. You can turn it over if you’re ever bored. There’s an exposed rear.

You’re met with mineral on its dial – be careful.

The timepiece is huge. Its case stretches 1.85 inches (47 mm) across. If you have smaller hands, wearing it won’t be great. Like many of our entries, its size is partly due to the massive pushers it has. They’re placed alongside the crown.

They don’t work chronographs. Instead, you’re getting two sub-dials that tell you the day and the month. There’s a date-feature tucked to the side too. It’s in the 4 o'clock position. We’re not a fan of it. Its angle makes it awkward to read.

You’ll notice a tachymeter. The feature goes hand-in-hand with chronographs. It tells you the speed and distance between points.

We’re fans of its design, though. It’s very sportscar-like. Considering it’s not the most expensive, this is what you want.

There’s a faux leather strap. There’s stitching in place – you’re well aware why this is a good thing.

Just like its siblings, you’re getting mineral on its dial.

There’s lume all over its markers. It has a mix of Arabic numerals in there. You’ll see its hands shine too.

It is water-resistant. It can handle 330 feet (100 meters) underwater. Don’t forget that you can’t dive with such a rating.

What kind of movement does it have? Automatic. Once again, we’re not told the number of jewels in place or the extent of its power reserve. If you flip it over, you’ll find an exposed back.

We think it looks ultra-classic. It comes in a deep brown shade that you don’t see that often. There’s a metallic effect on its dial. It especially helps it look good in low-light; it catches a lot of light.

It is huge. It doesn’t come with any pushers, though. Its case stretches 1.85 inches (47 mm) across.

Due to its large face, reading the time would be easy. It’d especially be easy as there are large Arabic numerals in place.

Its dial isn’t the only thing that’s brown. The I00201 is our first entry with a strap of this colour. It’s faux leather like on its siblings. But there’s some quality stitching on it.

From all the options discussed, it can’t handle that much water. Its resistance rating is 165 feet (50 meters). The most you’ll be able to do is swim. You’re well aware of how bad it’d be to get its strap wet.

There’s a calendar on it. It’s in the 3 o'clock position. This means you won’t be straining your neck. The feature reads the day as well as the date.

Be careful with its front, it’s made from mineral.

Like the majority of our entries, it comes with an automatic movement. That being said, we don’t know much about it.

If you flip it over, you’ll see an exposed back. Watching its insides at work is mesmerizing.

With everything run through, we thought about answering some burning questions you may have.

Where Are Ingersoll Watches Made?

In the beginning of our review, we talked about how the manufacturer is currently owned by a subsidiary of a Chinese company. It shouldn’t surprise you that their timepieces are made in the region. They even house their movements from Shanghai.

Although made in the East, they’re designed in Germany. That’s why they tend to look rich.

Watch enthusiasts are all about brands that have a heritage. Thankfully for Ingersoll, they’ve been around for a while. They also have history, as they were bankrupt and then came back to life. However, horology is important too. They sadly don’t make watches of high-quality. The fact that they used to make dollar watches rubs snobbier enthusiasts the wrong way.

As mentioned, they’re not very high-quality. But you’re not paying a lot. The quality of their pieces was once better, but they decided to opt for Chinese movements.

Direct competitors to the brand would be Bulova, Timex, and Stuhrling. Although they provide similarly priced units, you’ll realize that Ingersoll’s units aren’t as great as their counterpart.

How Are Their Warranties?

You’ll love that their warranties last forever. There’s a clause to this, though. You’re only getting lifetime coverage if your unit was released after autumn/winter 2016. Older devices come with 2-year warranties.

They cover manufacturing defects. If your watch can’t be fixed, you’ll get a new one. And if the model you purchased is not available, you’ll get one that is equally priced.

What did you think about our review? We think the company makes good-looking pieces. After all, their units are designed in Germany. However, if you’re looking for a brand that promises quality, they’re not for you. Chinese mechanisms and parts have gotten better over time, but they’re still not as great as they should be.

In terms of our entries, it was clear that the I03002 deserved our number 1 spot. It came with good specs and gave the rest a run for their money while being the most affordable entry we reviewed.