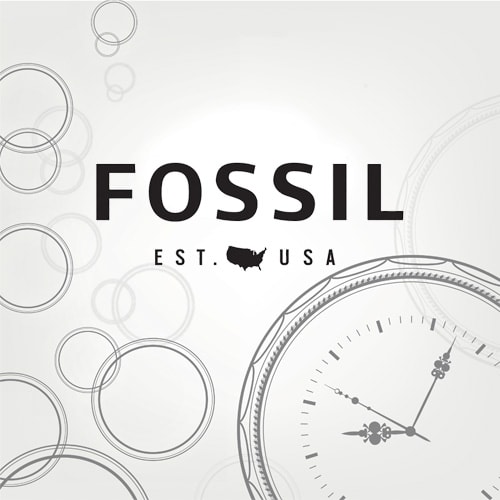 You can’t escape Fossil. They’re everywhere, so their watches must be good, right? Our Fossil watch review has answered this below. Why don’t we dive right in?

Whether you’re a watch enthusiast or not, you probably know who Fossil is. They’re a brand that works on all types of goods.

Fossil Inc. is the brains behind it all. Excluding Fossil Watches, they own a couple of watch brands on the market. Some of them include Skagen, Relic, and Zodiac.

Fossil’s timepieces aren’t the most expensive. They’re usually less than $100 and are fashion pieces. If you’re looking for a little something else, know that they have a Swiss line. It’s known as the Fossil Swiss and is kind of pricey.

The brand has been in the watch game for a while. How do three decades sound to you? Let’s not forget that the Fossil corporation has been at it since the 80s.

They clearly know what they’re doing, let’s get onto the good stuff.

Fossil Watches - At A Glance

We’ll be running through 6 great watches. Here are our favourites:

The Most Water Resistant

We love a regal looking watch. The Fossil Men’s Grant looks like it costs an arm and a leg. It’s a little less than $90, so it’s quite the steal.

It looks so good due to its strap. Not only is it a high-quality leather, but it’s an imperial blue. You don’t usually see blue leather watches on the market.

Its rose gold accents elevate it. Sorry to burst your bubble, but they’re not real rose gold. They’re stainless steel with the metal plate.

There are large, Roman numerals throughout its dial. If you’re wondering if they’re luminous, guess again. The watch’s hands are luminous, though. Unfortunately, Fossil hasn’t disclosed the exact type of lume used.

Did you notice the three sub-dials on the Grant’s face? They host its chronographs. To all of you that don’t know, chronographs are stopwatches.

You may want to take the watch to the pool with you. No need to fear, you can easily do this. The timepiece is water-resistant. But know that it’s only resistant up to 165 feet (50 meters) underwater. Although you can swim with it on, Fossil warns to not take it diving or snorkeling.

What kind of glass protects it? Mineral. This isn’t the toughest crystal out there, so we’re concerned about banging it up.

So far so good, but know that the watch is kind of big. It’s a 1.69 inch (43 mm) device. If you have smaller wrists, the Grant might look awkward on you.

Did we mention that it’s a Quartz device? It’s Japanese quartz, to be precise.

The Most Water Resistant

If you’re looking for a waterproof watch, the Fossil Decker is right up your alley. Its strap is made from silicone. Although this doesn’t sound the most luxurious, know that silicone keeps water off like its life depends on it. This is great considering the watch is resistant up to 330 feet (100 meters) underwater.

There aren’t any numerals on its dial. There are rhomboid markers instead. They’re full of luminous paint. The lume is on its hands too. Like the Grant Sports watch, we have no idea what kind of luminous pigment is used.

We appreciate the calendar on its side. This is always useful. What’s also useful is its chronograph feature. It’s great for timing laps in the pool.

Have you noticed how large its crown is? You’ll easily be able to maneuver it. Fossil said that it’s screwed down to prevent water from entering in.

You might’ve also noticed the markings on its bezel. They aren’t there just to spice things up. They’re the watch’s tachymeter. Tachymeters lets you calculate the speed you’re traveling at. They work hand-in-hand with chronographs.

Did we mention that the watch is big? It’s slightly larger than the Grant Sports watch.

Speaking of the Grant watch, the Fossil Decker comes with a mineral display as well. Be careful to not get too rough with it.

What kind of movement is inside the timepiece? A Japanese Quartz mechanism.

Have you ever seen a watch so good looking? The Fossil Nate comes in a complete gun metal body. To top things off, its dial is textured.

What really sold its gunmetal body was how matte it was. We want more black, matte watches sold.

Out of the pieces we ran through, we’re finally met with one that has Arabic numerals on its dial. They’re large and very easy to read.

Although there’s a 24-hour clock on the timepiece, the minutes in an hour are marked on its bezel. Unfortunately, we found the markings hard to read. In fact, it took us days to even notice their presence.

Remember how we said the other 2 watches were big? The Fossil Nate eats them up. It’s a gigantic 1.96 inch (50 mm) device. Stay away if you have smaller wrists.

Once again, we’re met with a calendar feature.

You probably noticed the sub-dials on its front. If you learned anything from our Grant and Decker review, it’s that they’re the Nate’s chronographs. Unfortunately, there isn’t a tachymeter to go with it.

We have to say, its crown is easy to use. This is especially true for the buttons that are next to it. Did you see how large they are?

The Grant and Decker had luminous paint on their dials. We’re sad to say that the Fossil Nate isn’t a luminous watch.

Is it water-resistant? Only up to 165 feet (50 meters). You can swim with it on, just avoid snorkeling and diving.

Like its brothers, we’re getting another Japanese quartz timepiece.

Although it’s a men’s watch, the Fossil Dean looks lavish. It makes us feel like a million bucks. Considering, you’re only spending a little over $150 on it, the timepiece is quite the catch.

Once again, we’re met with a large watch. It’s 1.77 inches (45 mm) across. Its crown is chunky too, this is especially true for the buttons that maneuver its chronographs.

That’s right, you get chronographs again. It looks like Fossil’s a huge fan of the feature.

The watch comes with a 24-hour clock. The gold accents around the Arabic numerals might make them hard to read. Unfortunately, its numerals don’t have any lume on either. You’ll only see its hands light up.

We’re big fans of the Fossil Dean as it comes in so many variants. Each look is completely different from each other. Their specs are the same, of course. You’ll see mineral crystals in each of them. The Dean is the fourth watch on our list that comes with a mineral window.

Sorry to disappoint, but sapphire is only reserved for their more expensive pieces.

So far, most of the entries on our list were resistant to 165 feet (50 meters) underwater. The Dean is no different.

Fossil advises that you don’t swim with it on for too long. According to them, short periods underwater are fine.

Its calendar looks different. For once, it’s not in the 4-o clock position. This makes reading it easier. Its font is pretty simple too, much easier on the eyes.

We’re glad to see another leather watch on our list. Unfortunately, the Coachman doesn’t have a blue leather strap. It’s a regular black one. You’ll notice hand stitching on it – doesn’t this make it look more expensive?

It’s quite the water-resistant piece. Like the Decker, it can withstand 330 feet (100 meters) underwater. This is appreciated, but you might not want to hit the pool with it. Leather is not waterproof. The thing about the material is, once it’s wet, it stays wet for a very long time.

If you’re determined to swim with it on, Fossil says that the most you can do with it is snorkeling.

Its blue dial is very good-looking. The contrast of the light blue dial and dark blue markers are eye-catching. Speaking of its markers, they’re unfortunately not luminous. In case you’re disappointed, its hands are.

You don’t have to look close to notice its second marker. It’s in the form of a neat arrow, we think it makes reading the seconds even easier. Like the hands, they’re luminous too.

Once again, we’re met with a chronograph feature. We’re not complaining, it’s very useful. If you’re adamant about taking it to the pool with you, you can time laps with it.

We’re happy to say that the Coachman is the second timepiece on our list that comes with a tachymeter.

What crystal do you think is on its display? If you guessed mineral, you hit the nail on the head. The glass is pretty cheap and so is the Fossil Coachman.

The Men’s Neutra shines, literally. If you hold its dial just right, it’ll sparkle due to its sun-ray finish. It’s not blinding, don’t worry. It has more of a pearl-like glow.

We’re met with a pretty different strap. This time around, it’s made from stainless steel. It doesn’t have a usual stainless-steel bracelet, though. There are no links to it. Instead, a full meshed bracelet is by your side.

It’s one of the sleekest watches on our list. The Neutra rocks a full gun-metal body. It’s the second watch we’ve reviewed that’s like this. We would’ve loved if its body was matte but Fossil decided to make it glisten.

One of the reasons it’s so sleek is due to its minimalistic look. You’re purchasing a Bauhaus timepiece, which is why it looks so contemporary.

Although minimalistic, it still glows in the dark. You’ll be glad to know that the Men’s Neutra has luminous paint all over its hands.

Take a look at its name. it’s the ‘Men’s Neutra Chronograph’. That’s right, you get a chronograph watch again. Every single watch on our list came with the feature, I guess Fossil’s a huge fan of it?

The watch is water-resistant too. Like many of the timepieces on our list, it can handle 165 feet (50 meter) dip underwater.

We’re topping things off with another Japanese quartz piece. It’s also another watch that comes with a mineral window.

Have a burning question we didn’t answer? Just read the below section.

The majority of the watches on our list were budget-friendly. This is true for most Fossil watches on the market. As they’re so affordable, the quality of their pieces is not extraordinary. However, they hold up well for how much you’re paying.

Where Are Fossil Watches Made?

Most of their pieces are made in China. Their more expensive watches are made in Japan, the UK, or even Germany. Let’s not forget that Fossil is a huge multi-national company.

What Is the Fossil Watch Movement?

If you think Fossil only produces Quartz timepieces, you’re wrong. The movement is only present in their cheaper products. The more expensive ones have mechanical movements in them. Unfortunately, we couldn’t offer a fossil automatic watch review, as they didn’t make the cut.

What Is the Fossil Watch Reputation?

When it comes to watches, craftsmanship is important. Unfortunately, the Fossil brand isn’t big on it. As they’re known for their fashion watches, and the majority of them are made by machines.

Brands like Seiko and Citizen give Fossil a run for their money. They’re similarly priced but have more craftsmanship in their pieces. Let’s not forget that these brands have a heritage too, which watch enthusiasts are huge on.

To sum things up, Fossil is great at producing fashion watches. After all, the company’s known for their accessories. They’re cheap and have good quality. They’re a huge brand, so getting a hold of their watches is easy. Just visit your local department store.