Do Watches Need Energy to Work? A Look at Their Insides 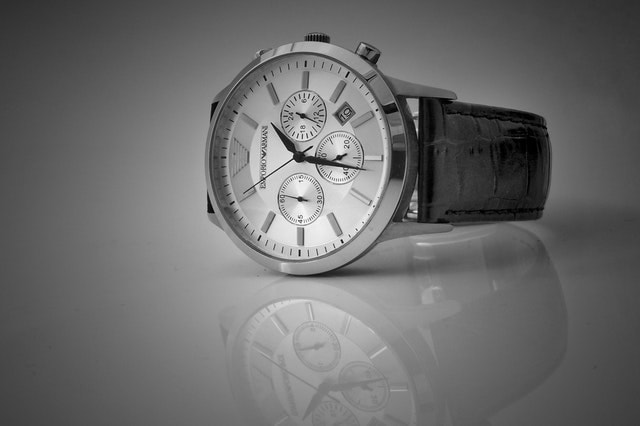 You don’t have to be a watch collector like myself to admit that watches are engineering wonders. But how do they work? Do watches need energy to work? The answer is yes. My article looks at each energy type and the science behind how different timepiece movements utilize them. Let’s get started.

Kinetic energy is produced by objects in motion. There are two types of watches that use it. They are automatic and kinetic pieces.

You will move your arms several times a day – they produce kinetic energy. Timepieces with automatic movements use energy to wind their mainsprings, which would in turn move their gears. The gears ultimately move their watch hands.

You’re not going to wear your watch all the time. That’s why you might be wondering whether automatic watches stop working when they come off your wrist.

When you take them off, the amount of time it takes for the mainsprings to run out of energy is dictated by their power reserves. Most of the time, this would be 40 hours. But more expensive watches can go beyond this. Once the time is up, you’ll have to manually wind the springs. You’ll have to use the crowns on the devices to wind them again.

Unfortunately, the time told by automatic watches is not very accurate. The accuracy would be around /+ 25 seconds a day.

Kinetic watches are relatively new. They came on the scene in the late 1980s thanks to Seiko. They’re also called automatic-quartz units.

The energy your body produces is used to move pendulums. The pendulums move pinions. The pinions move at high-speed – almost 100,000 rpm. As they move, generators produce currents that charge capacitors.

How does the energy from the capacitors get their mechanisms running? This is where the quartz part of the “automatic-quartz” name comes from. The capacitors cause quartz crystals to vibrate, which creates pulses that move the watch hands. I’ve talked about quartz mechanisms in-depth below.

How long it would take for the capacitor to run out of juice depends on the watch model you own. Most of the time, this is between 2 weeks and 6 months.

Potential energy is produced when the position of an object is changed. There is only one timepiece that makes use of it.

Mechanical watches have mainsprings that can be compressed – you wind them from their crown. The springs transfer the pent-up energy to the gears, which move the watch hands.

The technology behind the mechanical movement is the oldest. To find out more, check out the history of watches.

As there is a series of gears inside the timepieces, their mechanisms are very intricate. A lot of skill is required to make them. This is true of their automatic counterparts as well.

Another thing they share is the presence of power reserves. A mechanical watch’s power reserve would tell you how long it would take until you have to wind its mainspring.

Electrical energy is created by electrical charges. If you include kinetic watches, there are two types of watches that use this. The other is regular quartz watches.

Quartz watches were introduced in 1969. Seiko created the first battery-powered units. The first one was called the Astron.

In these devices, the batteries send electrical signals to quartz crystals. They vibrate, and the frequency is measured by circuits. The vibrations are transformed to pulses that power the timepieces’ motors, resulting in the watch hands moving.

Some units that are battery-powered make use of solar energy. Citizen is a fan of making quartz watches that rely on light-sources. Just take a look at their Eco-drive line.

The movements are easy to make. This why quartz watches are the most affordable type. 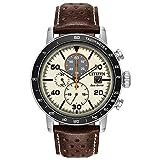 Most watches are intricately designed. When we said they were engineering wonders, you now see what we meant.

Related Posts
Sapphire vs Mineral vs Acrylic Crystal vs Krysterna
Making A Splash: Watches Water Resistance Chart
Water Resistant vs Waterproof: The Ultimate Guide
Water Difference a Dive Watch Makes: Guide to ISO 6425
How to Choose a Watch - All the Dos and Don'ts
How To Set And Wind A Watch – A Beginner’s Guide
Buckles, Closures, & Watch Clasp Types – A Look At Them All
Why Do People Wear Watches Upside Down? Several Reasons, Actually
Do Watches Loosen Over Time? The Answer Might Shock You
Why Do Watches Have Jewels? No, You Can’t Sell Them
How to Wear A Watch? 8 Rules to Live By
Do Expensive Watches Tick?
A Moment in Time - History of Pocket Watches
Do Watches Get Scratched Easily? (What You Need To Know)
Do Watches Attract Sharks? Myth or Fact?
What Hand Does A Watch Go On? Answering An Age Old Question
The Ultimate Watch Gang Review - Let’s Unbox the Brand
Parts Of A Watch - Your Must-Have Guide
How To Set Time In A Digital Watch & More: A Newbie’s Guide
When Were Watches Invented? An Introduction To Watch History
Do Bulova Watches Have Real Diamonds? What Did We Uncover?
Your Watch Says More About Your Status Than You Think (So They Say)
An Introduction To The Watch Movement Types (Newbie’s Guide)
How To Adjust Your Watch Band - An Easy Fix
Author
Thomas Vanderlaan
When Thomas Vanderlaan was a child, the moment he learned about mechanical watches he was hooked. His first love being mechanical watches, he decided to pursue a career in engineering as he was entranced by the science behind its gears. As the years passed, his passion grew. Although he worked a hectic career as an automobile engineer, he’d always collect watches during his spare time.
Affiliate links / Images from Amazon Product Advertising API. Wrist Watch Pro is a participant in the Amazon Services LLC Associates Program, an affiliate advertising program designed to provide a means for website owners to earn advertising fees by advertising and linking to amazon (.com, .co.uk, .ca etc) and any other website that may be affiliated with Amazon Service LLC Associates Program. As an Amazon Associate I earn from qualifying purchases.