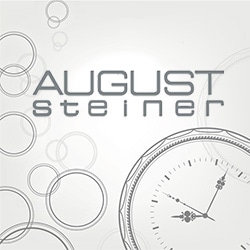 How do you feel about fashion watch brands? August Steiner is such a company. They produce timepieces that not only look good but are super affordable. In our August Steiner review, we discussed them and reviewed some of their pieces.

Who Is August Steiner?

Unfortunately, enthusiasts aren’t the fondest of fashion watch brands. They say they lack craftsmanship, which is true for the most part. But take a look at August Steiner’s pieces. They’re built from quality materials.

The company came into being in 2006. They aren’t the newest and certainly aren’t a household name. However, many people are fond of their devices, we included.

Quality materials are used in their production, so you might be wondering how their units are so cheap. This is as they are assembled in China.

Other than this, there isn’t much information about them. They’re quite mysterious, which makes them even more tempting to work with. We do know that they’re a part of the American watch industry, though. They’re based in Brooklyn, New York.

There’s also a range of collections at your disposal. This is what anyone wants when working with a watch company.

We summarized the specs of the entries below.

The AS8069 comes in 2 colour options. We’re fans of the blue and gold variant; it looks the richest. The device is huge. Its case stretches 1.88 inches (48 mm) across. If you have smaller wrists, it’d look awkward on you. The pushers on its sides are responsible for its case being so big.

What do you use them for? Its 24-hour sub-dial. You’ll always have military-time on you.

In the middle of its pushers is its crown. It’s grooved well. We love the shape of it, the timepiece looks exquisite.

Reading the AS8069 is a piece of cake. On its face, there are large Arabic numerals. They’d be even easier to read if lume was slathered on, but August Steiner decided to disappoint us. If you want lume, know that it’s present on its hands.

The watch is made from stainless steel and alloy. This helps it be resistant and water-proof. The alloy is in its case. It was ion-plated with copper.

For such a water-proof device, it’s unfortunate that it can’t handle considerable depths. Its water resistance rating is only 100 feet (30 meters). What can you do with such a rating? A couple of splashes is all it’ll be able to handle.

What’s the movement inside of it? You’re met with Swiss quartz. In terms of its specific mechanism, we don’t know. August Steiner didn’t make this public knowledge. It is buttery, though.

The clasp in-place is the push-button deployant type. Working it is as easy as it sounds, you just push a button. It has an additional safety mechanism, making sure it won’t ever fall off your wrist.

Don’t get too rough with its display. It’s made from regular mineral. If you’ve read our reviews before, you’d know that the glass is not the strongest. We would’ve loved if the manufacturer domed its crystal. It would’ve made its front more durable and expensive-looking.

It comes with a copper-plated alloy case.

The AS8136 is a testament to how good-looking the brand’s pieces are. It rocks a rose-gold and mint colourway. You’d think the two wouldn’t go together, but the manufacturer found a way. Its unique colour combination is one of the reasons we placed it so high on our list.

The timepiece comes in many more design options. August Steiner wants to make it easy for you to find a device you’ll love to rock.

We just have to talk about its crown:

Not only is it shaped well, but there’s also a protector around it. This prevents it from snagging onto your clothing. You usually see the feature in more expensive units.

You’re getting three sub-dials, which the pushers on its sides work. You might think that they’re chronographs, but they’re not. Two of them are their calendar-features. The one on the left reads the day of the week while the one on the right reads the date.

What about the third one? It’s something you’ve met before. It reads you the military time like in the entry above.

To be honest, we don’t think the AS8136 is the easiest to read. Although there are large Arabic numerals, they don’t contrast well against their back-drop. You’ll probably be squinting trying to read the time.

Speaking of its numerals, there are jewels between them. The company says that they’re diamonds. We don’t think so, however. They seem synthetic.

How could we not talk about its bezel? It’s full of jewels. In the dimmest lighting, they sparkle.

Don’t even think about getting it wet.

It can only handle 33 feet (10 meters) underwater. This is a shame as its stainless-steel body makes it excellently water-proof.

The unit has mineral on its display. As mentioned, it’s not the toughest glass around – be careful. No, the company didn’t dome its front either.

You’re getting a Swiss quartz movement. That’s why it’s so smooth. Once again, we don’t know the name of its specific mechanism.

There is a push-button clasp on it. Just like its sibling above, an additional safety mechanism is present.

The timepiece looks medieval. It comes in stainless steel, meshed build. It’s rugged and reminiscent of armor. The steel on it is surgical grade. This means you’ll find it hard to scratch. It’ll be very water-proof too. We mentioned this several times, but what does this mean, exactly? Muck won’t be able to stick to it – you’ll easily be able to wipe things off.

There aren’t any Arabic numerals on it. Instead, you’re met with rectangular markers. They are full of lume. You’ll be able to read the AS8058 in the darkest environments. Its hands are on the larger side. This helps them be packed with pigment.

If you look closely, you’ll notice brushing on its exterior. This not only makes it look good but lets it handle beatings better.

There are three sub-dials on its face. You’ll be using its crown to work them. That’s why it’s great that it’s grooved and shaped well.

Two of the sub-dials are its calendars. They read the day of the week along with the day’s date. What about the third one? It provides 24-hour time.

Is the watch water resistant? Yes, but it can’t handle considerable depths. Its resistance rating is 100 feet (30 meters). A couple of splashes is all it’ll be able to handle. This shouldn’t disappoint you, though. The AS8058 is super good-looking. Hitting the pool with it would be the last of your priorities.

Its face is big. It stretches 1.77 inches (45 mm) across; make note if you have smaller wrists.

It doesn’t have the best glass on its window. Like the entries above, it rocks mineral. Once again, we’re disappointed to say that August Steiner didn’t dome its front.

What kind of movement does it have? A Japanese quartz movement. No, we don’t know the name of the specific mechanism present. What’s more, Japanese quartz isn’t as good as Swiss counterparts. They’re made through very automated processes, so not much craftsmanship is put into their construction.

The clasp on it is the push-button type. There is an additional safety mechanism, making the device super secure.

The A28227 comes with a leather strap. It feels like a million bucks on your wrist. The company says that it’s genuine leather. Considering the way it feels, we have no reason to doubt them.

When it comes to leather bands, you need to make sure that they’re not too thick. They’d collect a lot of sweat otherwise. Thankfully, the strap on the AS8227 is petite.

It comes with a mineral dial. You’re aware that it’s not very strong. Be careful with the device.

The movement inside of it is quartz. No, it is not Swiss. The timepiece rocks a Japanese quartz mechanism. We know what the specific mechanism inside it is. It is a Miyota. Sadly, we don’t know its caliber.

Is it water-resistant? You’re barely getting any water resistance. It can handle depths of 100 feet (30 meters). You probably shouldn’t get it wet, though. Once leather gets soaked, it stays wet for a while.

Its case is stainless steel. It was ion-plated, which is why it rocks a matte-black finish. The matte finish helps the jewels on it shine better. August Steiner states that they’re Swarovski. They shine like the real deal - we have no reason to doubt them. You’re getting the crystals on its dial too. They’re between its markers.

Attached to this August Steiner womens watch is a tang-buckle clasp. The AS8227 is the first entry on our list with it, so you might be wondering what it is. You pin a latch into a hole, securing the band in place. It works like a belt. it’s a pain to use compared to the push-button type.

Now that you know everything about the company, let’s answer some burning questions you may have.

With your purchase, you get a 2-year warranty. But you’ll only be covered if you purchased from the official site or an authorized seller. Their warranties cover all manufacturing defects. They’ve got some good coverage, but you won’t be covered for the following:

Where Are August Steiner Watches Made?

As mentioned earlier, the company sources materials and mechanisms from all over the world. They’re high-quality, but their units are cheap as they are assembled in China. The ‘Chinese-made’ label brings any product’s price down (if you forgot why August Steiner watches are so cheap)

You might’ve heard about some of their devices coming with ‘Swiss-made’ on their back. They’ve received criticism from the watch industry for stating such a thing, as just because they have Swiss parts, it doesn’t mean they can advertise as such.

Timex and Casio produce equally affordable pieces. Compared to them, August Steiner doesn’t produce watches that’ll last as long. This shouldn’t be a surprise; they manufacture fashion watches after all. That being said, they provide more attention to detail and looks.

In general, enthusiasts aren’t the biggest fan of them, no matter how good their devices are. This is due to the stigma associated with fashion watch brands. They’re new too. the watch industry is all about companies that have history. That’s why Swiss names are so favored, they’re some of the oldest in the game.

if you visit their site, you’ll notice that their watches are sold for much more than what you’ll find on eBay or Amazon. This would make you think they’re more premium, but this is a marketing tactic. Brands like Invicta are known to do this.

Do They Only Offer Quartz Units?

A good chunk of their selection consists of quartz watches. This is as they’re cheaper to produce. Automatic timepieces consist of many intricate parts, so they’re more expensive. As you can imagine, the Swiss automatics are much more expensive than their Japanese counterparts.

What do we think about the brand? We’re fans of fashion watch companies. They produce timepieces that look good yet don’t cost an arm and a leg.

The company produces good-quality options. But collectors aren’t the biggest fans of them. After all, they’re relatively new to the game.

The fact that their watches are made-in-China doesn’t help. The watch community especially weren’t fans of August Steiner advertising units with Swiss parts as ‘Swiss-made’. The two aren’t interchangeable.